UPS Freight Deal is Headed to the Members. Vote No!

Local officers met today in Chicago and approved sending the UPS Freight contract out for a vote. Now, it’s up to the members to overwhelmingly Vote No to reject this sellout. 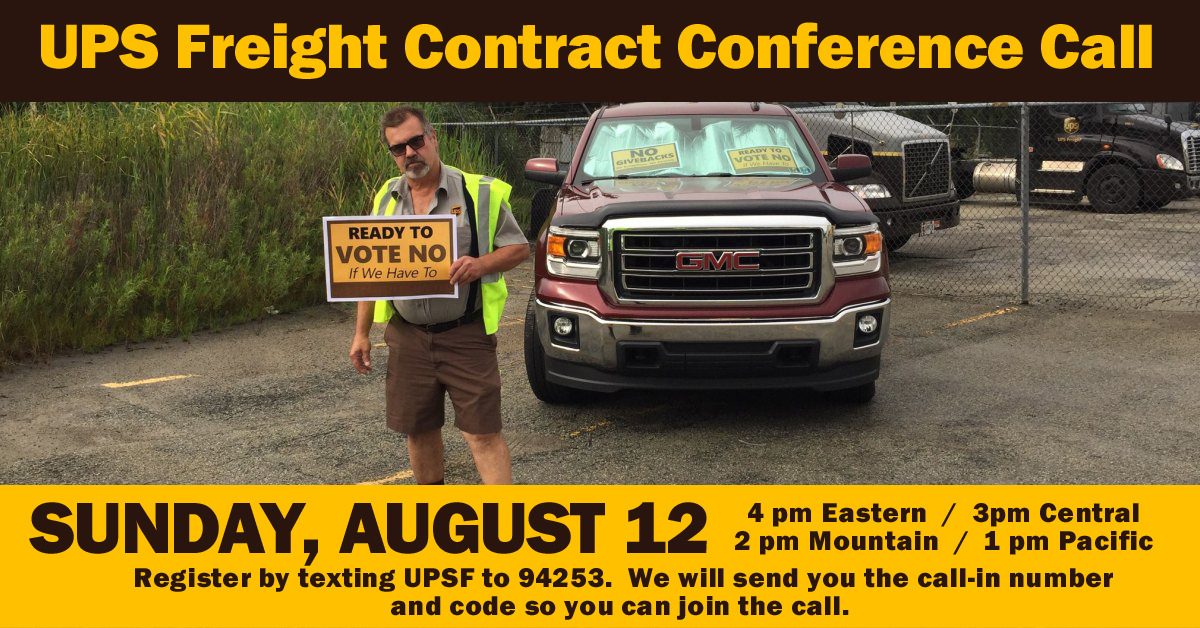 Click here to register for a Vote No at UPS Freight Conference Call
this Sunday, August 12 at 4 pm Eastern

Today’s two-person meeting of officers from all UPS Freight locals lasted only an hour, as Hoffa’s negotiator Kris Taylor pushed through the deal.

A number of locals, including some big ones, voted against putting the weakest UPS Freight contract offer out to a vote.

Several members of the National Negotiating Committee, including from large locals (Chicago 705, Columbus 413, Harrisburg 776, Boston 25) voted against the agreement and are recommending that members Vote No.

Taylor admitted that 22 percent of UPS road work is subcontracted, and claimed that the new subcontracting language would fix it.

Leonard Stoehr, the union representative for Oregon Local 206, took to the floor at the two-person meeting and exposed Taylor’s claims.

Stoehr showed that even if the proposed subcontracting language would be enforced (a very big IF), the number of contractors would actually grow under this deal.

Taylor tried to sell the deal by claiming UPS is in financial trouble and a No Vote could bust the company. That whopper gives a taste of the sales job and scare tactics that are coming.

Big No Vote is the Key

Members will vote on the contract electronically. Every member will be mailed a contract ballot packet with a secure access code for voting online or by phone.

The IBT says the vote will be held near the end of August.  So far, they have kept the date a secret, just like they kept all their negotiating deals secret.

There’s still time to defeat this sellout and win a better contract. The key is to turn out an overwhelming No vote.

If both UPS Freight and UPS Teamsters vote their contracts down in big numbers, that will force the company to come back with a better offer.

Sign up for the call and discuss the contract with other UPS Freight Teamsters, local officers, National Negotiating Committee members, and IBT Vice Presidents who oppose the contract.

Get informed and get involved in building a Vote No movement to defeat these givebacks.

Click here to register for a Vote No at UPS Freight Conference Call
this Sunday, August 12 at 4 pm Eastern. 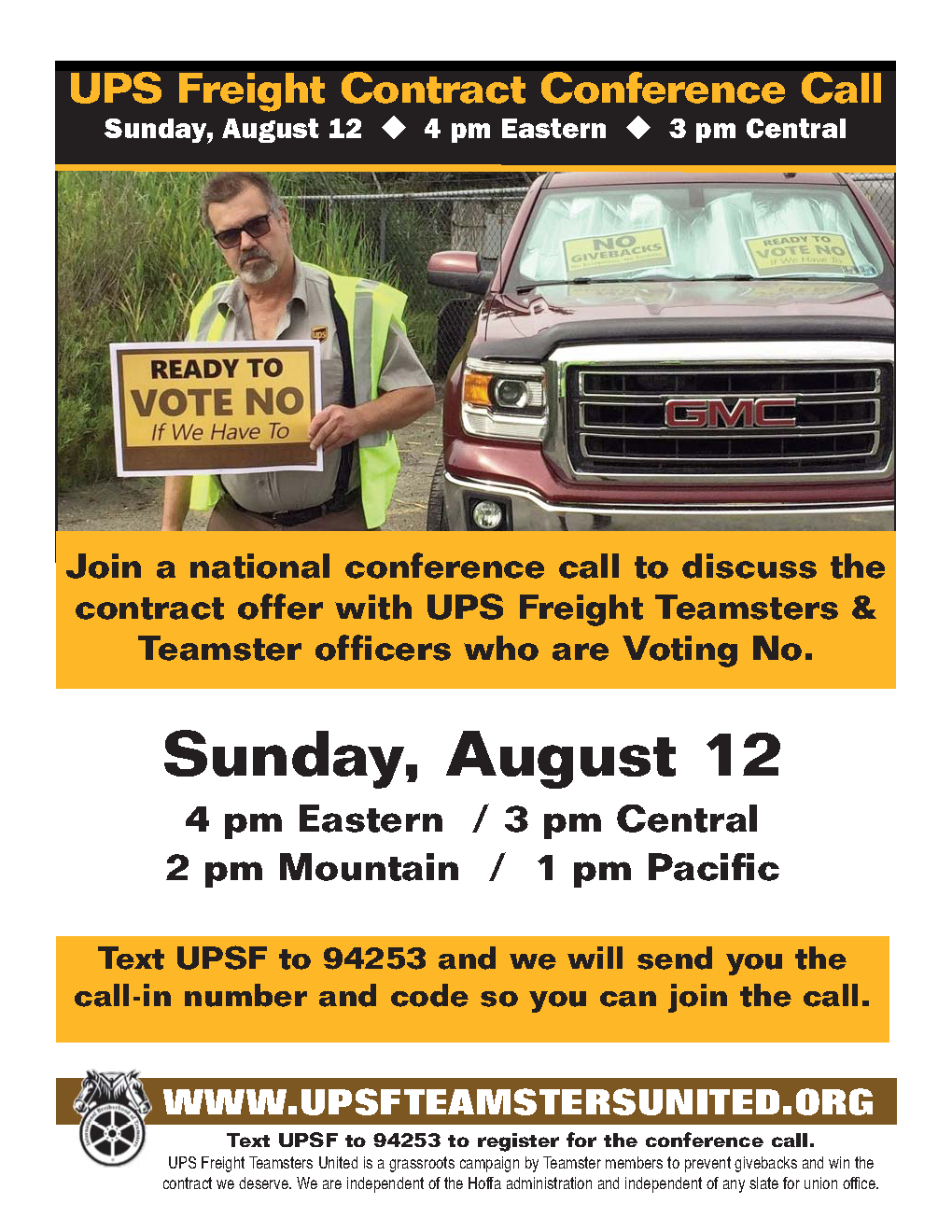