UPS Freight Teamsters have until Sunday night to increase our union’s bargaining leverage by Voting Yes in the strike authorization vote. 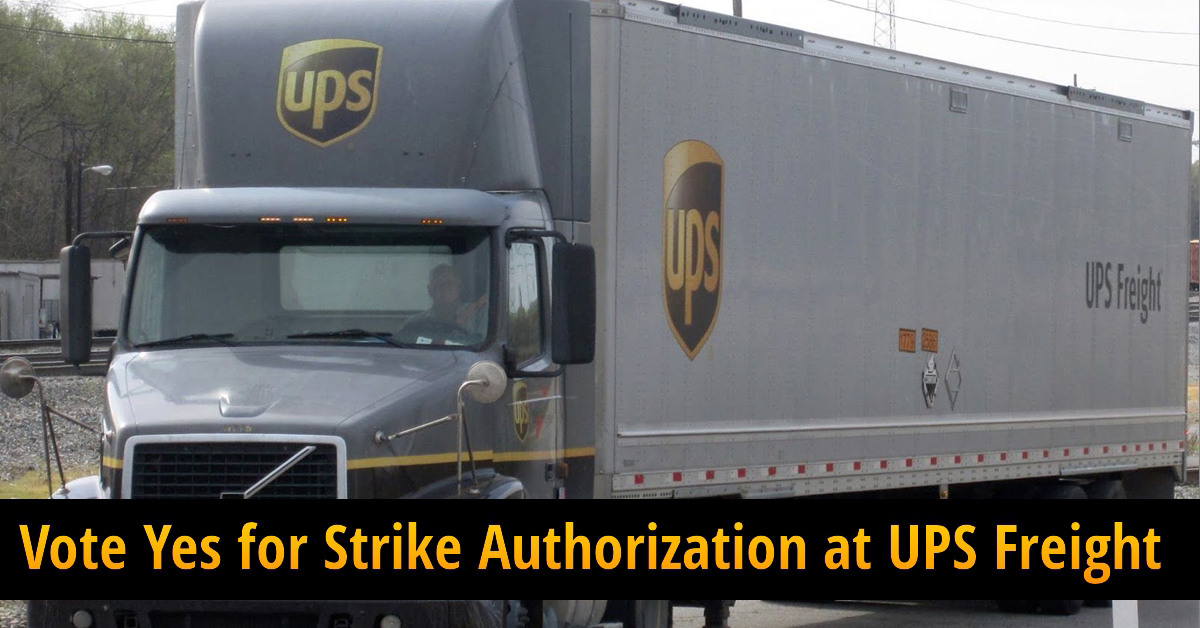 The deadline to vote is:

Every UPS Freight Teamster was mailed a strike authorization voting packet that looks like this. You will need your unique Access Code from that packet to vote. (It is too late to request a replacement packet)

Cast your vote and spread the word.

Voting Yes will send a message to UPS Freight and the National Negotiating Committee that members will not accept givebacks or a weak contract.

A YES vote does not mean there will be a strike. Members will have the opportunity to vote on a contract offer from the company.

Some members have asked why they should vote to authorize a strike when they are being kept in the dark about negotiations. But voting No on a strike authorization would be a huge mistake.

A weak Yes vote would send the company the wrong message and reduce our bargaining leverage.

We urge all members to Vote Yes and to talk up the vote with other Teamsters.

Let’s give the IBT maximum bargaining leverage and then demand that they use it to win a good contract!

Text UPSF to 94253 to sign up for contract updates from UPS Teamsters United.